skip to main | skip to sidebar

Raku-yaki (楽焼), or Raku ware, is a type of Japanese pottery that is traditionally and primarily used in the Japanese tea ceremony in Japan, most often in the form of tea bowls. It is traditionally characterized by hand-molding of the clay as opposed to turning it on a potter's wheel, resulting in each piece being "one-of-a-kind"; low firing temperatures (resulting in a fairly porous body); lead glazes; and the removal of pieces from the kiln while still glowing hot. In the traditional Japanese firing process, the fired Raku piece is removed from the hot kiln and put directly into water or allowed to cool in the open air. Raku techniques have been adopted and modified by contemporary potters worldwide. (taken from Wikipedia) Pieces have been fired once and painted with glazes. They are ready to go to the kiln again. Sebastiana, our lovely teacher, she explains us how everything will go and what we have to do. My task is to take pics ;). The aluminium container used in raku firing is working as a reduction tube, which is a container with a small hole that allows the carbon dioxide to pass through. By closing the container, a reduction atmosphere is created. A reduction atmosphere needs to be created because of the effects of oxygen on the clay and its color. It also has extraordinary effects on the metals inside the glaze. Reduction is a decrease in oxidation number. Closing the can starves the air of oxygen after the combustible materials such as sawdust catch fire, forcing the reaction to pull oxygen from the glazes and the clay. For example luster duster gets its interesting color from deprivation of oxygen. The reduction agent is a substance which electrons are being taken from by another substance that is being reduced. The reaction uses oxygen from the atmosphere within the reduction tube, and in order to continue, it receives the rest of the oxygen from the glazes. This leaves ions and iridescent luster behind. This creates a metallic effect, pleasing to the eye. Pieces with no glaze have nowhere to get the oxygen from, so they take it from clay. Such an atmosphere will turn clay black, making an unattractive, matte color, with no sheen whatsoever. (taken from Wikipedia) Francesca - her pieces are always wonderful! Posted by laccentnou at 7:29 PM 8 comments Links to this post

Hello! My name is Anastasia and I'm hands, eyes and soul behind L'Accent nou - my creatie project that mainly explores jewelry, ceramics and photography even I'm passionate about design and materials in general. Here you'll find out about my creative discoveries and adventures, my travels and my family, about my life. Welcome! 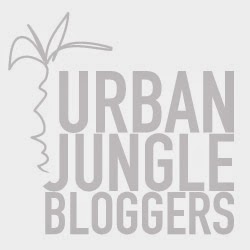 This is a Flickr badge showing public photos and videos from Anastàssia. Make your own badge here.